In order to use RunSignup, your browser must accept cookies. Otherwise, you will not be able to register for races or use other functionality of the website. However, your browser doesn't appear to allow cookies by default.

If you still see this message after clicking the link, then your browser settings are likely set to not allow cookies. Please try enabling cookies. You can find instructions at https://www.whatismybrowser.com/guides/how-to-enable-cookies/auto.

Kick it with your friends and play Beep Kickball for a great cause!

CCVI and Alphapointe are hosting a one-day Beep Kickball Tournament for adults on Saturday, October 9. The event, held at the Urban Youth Academy, will guarantee three games of kickball and provide a fun opportunity to shed light on visual impairments. Form a team of 7-10 players or register as an individual and be placed on a community team!

Beep Kickball is an adaptation of Kickball for those who are visually impaired, using a ball that beeps and two bases that buzz.

There are seven players on each team. On defense, five players wear a blindfold in the field, and two are sighted spotters. One blindfolded offensive player places and kicks the beeping ball from home plate then runs to a buzzing base, either first or third. If the runner reaches the base before a fielder picks up the ball, they are safe and score a run. If a fielder picks up the ball first, the runner is out. Three outs, six innings, or time expired, game over!

Concessions stand at Kansas City Urban Youth Academy will be open and adult beverages will be available for purchase. Please drink responsibly. No outside food or drink.

All proceeds benefit Alphapointe and CCVI's programs and services for children and youth who are visually impaired.

Schedule - subject to change based on total number of teams

About the Tournament + Beep Kickball 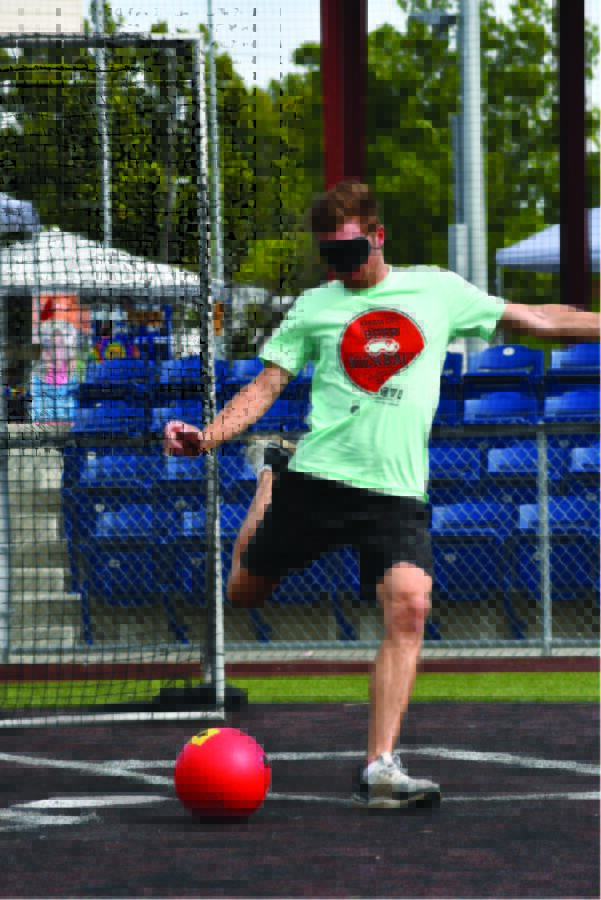 One day 3-game guaranteed co-ed tournament held at the Kansas City Urban Youth Baseball Academy. Minimum of 8 teams registered to hold the tournament, with a maximum of 16 teams.

Teams will consist of 7-10 players, age 18 as of October 9, 2021, or older. All team members must sign a waiver before playing. There must be 7 players in the field, 5 blindfolded defensive players, and 2 sighted spotters. All players on the offense will be in the kicking rotation, regardless if they played in the field.

A game will be 4-innings or 20 minutes from the start of the game. The team in the lead after 20 minutes will be the winner regardless of who is kicking. This is to ensure all games can be played and the tournament progresses throughout the day.

A player is out if the ball they kicked is retrieved and lifted above the head by a defensive player before the runner reaches the buzzing base. The tie goes to the defense. Innings will change after 3 outs.

Scoring
Teams score runs by the kicker reaching the buzzing base before a defensive player lifts the ball above their head. Home runs will occur if the kicked ball goes marked line on outfield before hitting the ground. If the ball hits the ground then bounces or rolls over the marked line, the ball is in play and the runner must reach the buzzing base before the ball is fielded by the defense.

Game Play
There is no pitcher and no second base. Defensive players take their place in the outfield and place their blindfolds. The sighted Umpire will ask “READY IN THE FIELD?” and fielders will say “READY.” The Umpire will then say “QUIET” to the players and spectators so all players can hear the beeping and buzzing.

The sighted umpire will hand the ball to the blindfolded kicker and say “PLAY BALL!” The kicker places the ball on home plate and kicks. The ball must go beyond the foul arc. If the kick goes straight foul or hits the ground foul, the Umpire will make the call and the kicker will have another try. There will be no strikeouts, kicking continues until the ball is kicked fair.

As soon as the ball is kicked, one Field Spotter on the defense team uses a remote to make either first or third base buzz, as indicated by the umpire, and the runner runs to that buzzing base.

Two members from the kicking team will serve as sighted Base Spotters and will raise their arms in the air and yell “HERE” when the runner tags the base.

The Umpire listens for the “HERE” while watching the fielders and calls "OUT" or "SAFE."

If there is a dispute, the field and base spotters may be consulted, but the Umpire makes the final call.

Play stops when the fielder retrieves the ball or the runner reaches the buzzing base. Blindfolds may be removed at this time and players reset. The ball is returned to the Umpire.

Blindfolds may be removed between plays. Field Spotters can be switched each inning.

This tournament is intended to be a fun community event! There will be one umpire to facilitate gameplay and to make official game calls. All players should act with good sportsmanship. Alphapointe, CCVI, and Kansas City Urban Youth Academy representatives and staff reserve the right to remove any player from the tournament or park grounds for misconduct.

Tournament Winner
Teams are guaranteed to play at least 3 games. Teams will be randomly seeded and bracket play will be determined after registration closes on September 29 and will be announced the week of the tournament.

Inclement Weather
The Tournament will be held rain or shine. In the event of lightning, we will seek shelter indoors at the Kansas City Urban Youth Academy and will resume play once it is safe to do so. 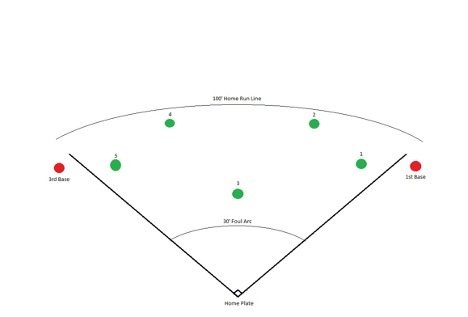 If you have any questions about this Tournament, click the button below.

We sent an E-mail to you with your team information. If you do not see an E-mail in the next few minutes, please check your spam folder.

We sent an E-mail to you with your donation information. If you do not see an E-mail in the next few minutes, please check your spam folder.

If you continue to use this site, you consent to use all cookies.